When I meet Gav for the first time, at a semi-official late-night barbecue in the gardens of the Governor’s Residence in sunny Brisbane, he isn’t preoccupied with politics. Conversely, he is surrounded by a crowd of ladies who can’t keep their eyes (and hands!) off him. He seems to be thoroughly enjoying their company and attention, ignoring all the political debates around him. Gav is at his cutest and he is in his element – no doubt about that. And so are the girls. Still, I remember clearly my fleeting thoughts of the moment: Does Gav have a girlfriend? Does she know what he is busy doing at work? How does/would it make her feel?

For the young charming Australian, a native of Brisbane, pursuing a career in the police forces seemed the only option – it runs in the family, as they say. In the early days of his professional training, his police supervisors were highly optimistic: “if the family bloodline is anything to go by, in 16 months Gav Shepherd will be tracking and catching criminals as a proud member of the Queensland Police Service in Brisbane, Eastern Australia!”.

However, their optimism was premature and on several occasions, Gav had to be told to shape up or ship out as he apparently wasn’t up to the tasks. Words of warning didn’t quite work, though, and it soon became apparent that Gav wasn’t cut out for the job of a police officer. Eventually, he ended up getting the sack because – as the police put it in the official press release – he “did not display the necessary aptitude for a life on the front line.”

As an eager beaver, Gav could not be blamed for his laziness or lack of devotion. The opposite was true – he was extremely keen and his team rooted for him. The problem was, Gav was too sociable and too adorable for the job. He loved people, and would much rather get friendly with a suspect than help arrest or tackle criminals.

However, as one door closes another opens: what Gav lacked in crime-fighting ability also happened to make him a perfect candidate for another position. Being the good-looking lad that he is – real eye candy who knows all about his charm even if he plays it down – Gav didn’t have to spend a lot of time standing in line with the unemployed because he landed an even better role for himself. Gav knew which empathy buttons to push and the governor of Queensland, Paul de Jersey, soon offered him a job fit for his personality and charisma. Gavel didn’t think twice and took a career leap. All he has to do now is just be his usual, social, adorable, lovable, cute and charming self.

“He may have missed out on becoming a Queensland police officer, but it is abundantly clear that Gav has the characteristics necessary to adequately fulfill duties as Queensland’s official vice-regal officer,” the Governor wrote. Those duties include attending official ceremonies as well as welcoming visitors and tour groups to the province’s government house. As a spokesperson for the governor’s office said, “Gav on occasions sits in on briefings with the governor. He has also demonstrated his capacity to uphold the ceremonial importance of his role.”

The Governor had met Gav for the first time when the police trainee had been staying at the governor’s official residence throughout his 16-month training. So, the moment the politician heard that Gav had been dismissed because of his lovely personality, he stepped in and officially hired him.

Gav began the new, highly prestigious position in February 2017 after signing his contract. “We hope Gav’s with us for a long, long time into the future,” the governor told the local media.

Strangely enough, nobody seems to criticise the local police authorities for making this odd decision. How bizarre to have someone fired for being an adorable guy, loveable and so easy on the eye! 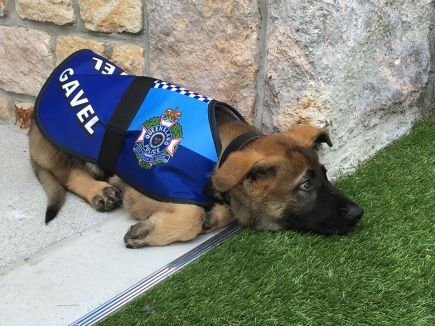 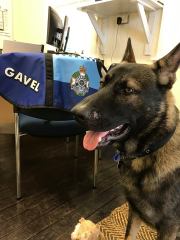 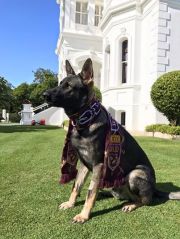 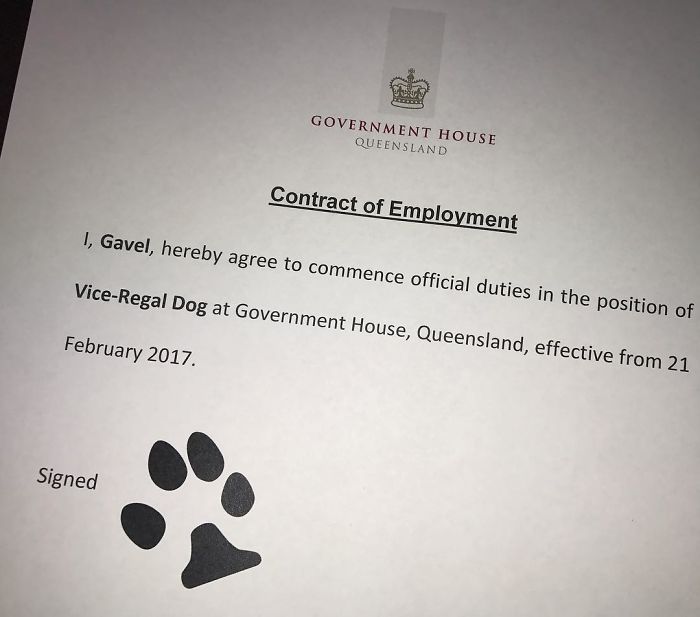 STORY SPICE: Find out HERE how to create a cool protagonist (or antagonist!).

One thought on “STORY: STROKE OF LUCK”

This site uses Akismet to reduce spam. Learn how your comment data is processed.